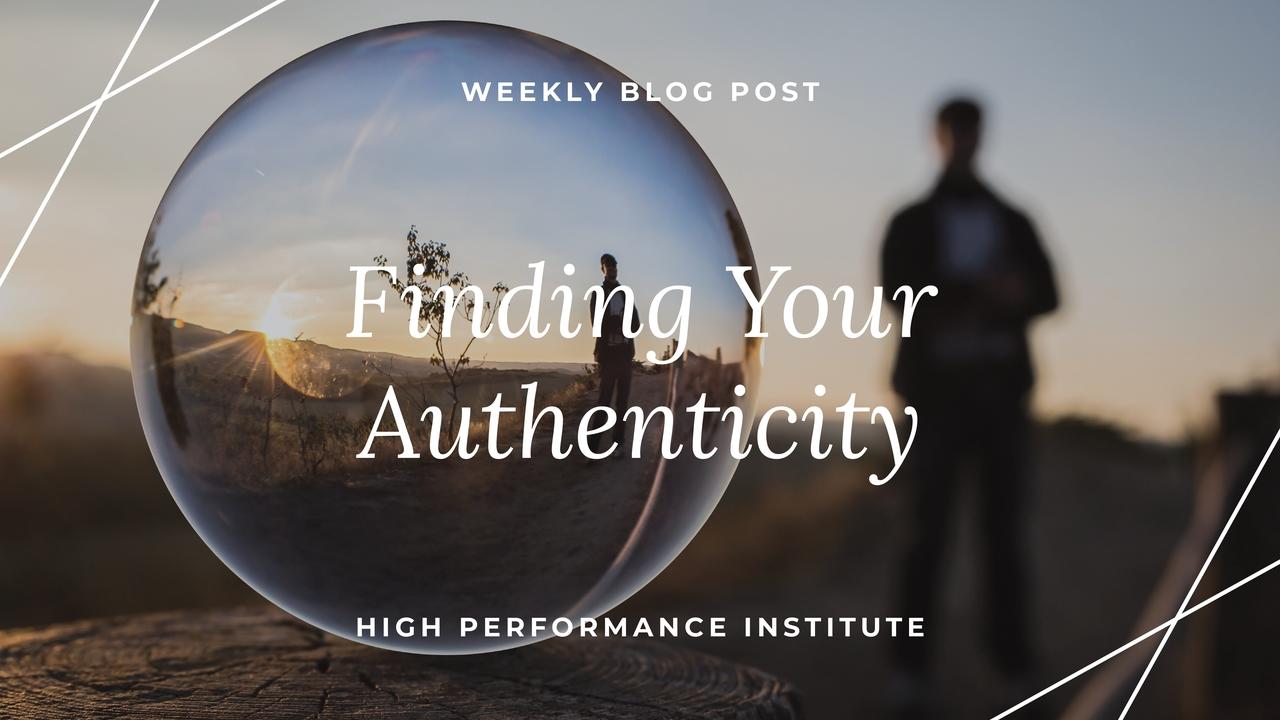 Introduction: The Search For Self

We are going to address the concept of authenticity and why it is critical to your success. First, however, bear with me as we take a short, introductory trip to Asia.

For a long time, no one knew that Mt. Everest was the tallest mountain in the world. To be sure, local people of Tibet and Nepal treated the peak with special reverence, but throughout history they did not know with certainty that it was the tallest.  The problem with determining which of the Himalayas soars the highest is the simple fact that the human eye has a tough time with scale and perspective. I can remember the first time I traveled to Kenya to conduct research and my translator said, “Look at all those elephants.” I gazed out at the sweeping vista of hills, trees, and grassland and couldn’t see a single pachyderm. “There are about twenty of them,” my translator said in an apparent effort to make me feel even more stupid. The trouble was that I had no sense of scale—was I supposed to be looking for tiny objects on the horizon or huge objects up close? After some time, I was able to make out the parade of elephants. Indeed, they were very far away and appeared tiny. People living in the Himalayas have the same challenge. Although Everest is the tallest, it is overshadowed by huge peaks that stand closer to the most common viewpoints. In fact, during the mid-1800s, British surveyors were convinced—erroneously—that Kanchenjunga (in actuality the 3rd highest peak on Earth) was the monarch of mountains.

It wasn’t until 1852 that a surveyor finally tagged Everest as the highest mountain. He did so by using calculations taken from many distinct points. This process is known as “triangulation,” and it uses simple geometric rules to determine height. In more recent times, triangulation has taken on a broader meaning: “to locate by using multiple sources of information.” For instance, spy agencies can locate a person on a mobile phone by triangulating between multiple cell phone towers. Rescuers can triangulate a search area to locate survivors. Researchers can hone in on a likely result by comparing multiple types of data. And finally—and importantly where authenticity is concerned—you can triangulate yourself.

I know this risks sounding like psychological mumbo jumbo, but it is interesting to consider what, exactly, is you! It’s obvious that your hand is you (or at least a part of you), and your opinions are you (another part), but that the hubcaps on your car are not you. So far, so good. But if we wanted to get to know you, psychologically speaking, how would we go about it? To determine who you are, we would need to consider your memories, your emotional leanings, your knowledge, your preferences and opinions, and your personality.

The problem is, a lot of these factors are kind of variable. You might think of yourself as someone with a short fuse, but there are probably many instances where you kept your temper under control. Maybe you are an extrovert, except for all those times when you weren’t. Come to think of it, you probably behave in pretty distinct ways depending on whether you are interacting with a child, your boss, or your best friend. So, how do you arrive at a sense of self?

Will The Real You Please Raise Your Hand?

The question, “Who am I?” is one that confronts all people across the lifespan. Babies realize they are distinct from their mothers. Teens try on various identities to see which fits the best. Newlyweds have to renegotiate their conjoined sense of self. Recently promoted supervisors sometimes feel like imposters. All of these experiences are common, and all of them center around the central theme of understanding the self. At the core of exploring our respective identities is the idea that there is a true self; that beneath our ego and posturing, our occasional outbursts and pettiness, there is a good person who is the real us. We call this the authentic self.

The meaning of authenticity has long fascinated psychologists and lay people. It turns out that seeing yourself as having a true self is mentally healthy. It is correlated with more happiness, higher self-esteem, and better stress-management. Researchers have discovered that people generally view their true selves as morally good, as well as relatively stable across time and situations.

I have a friend, for example, who is artistic and adventurous. He believes this has always been true of him, and he believes that these qualities are virtues. But how did he arrive at the knowledge of his own true self? Isn’t it possible that he could be confused by all the nights he spent at home and not out adventuring? What about the many days that pass without him engaged in an artistic project? This is where triangulation comes in: My friend uses many channels of information to clue in to his true self in the same way that multiple surveys can determine the height of a mountain. He reflects on his own behavior, he evaluates his own memories, and he considers feedback, criticism, and compliments from others. Time and again, these sources of information converge on the idea that he is a uniquely talented artist with a penchant for risk and an openness to new experiences.

Developing a True Self

Self-knowledge is important to success because it helps you understand your limits. It helps you make choices that capitalize on your strengths, and present yourself to others in an honest way. It’s also important to remember that the self in general, and the true self in particular, develops across the lifespan. Sure, the seeds of authenticity are planted in childhood, but they are tended to during adolescence and early adulthood. This is when people experiment with attitudes, beliefs, hobbies, friendships, and other aspects of identity.

A recent series of studies offers insight into how people see themselves changing across the lifespan. Two hundred and fifty research participants were asked to consider their lives as if it were a novel. Specifically, they were asked to consider how many chapters would be in their book (a number between one and ten). The participants were asked about their authentic self within each chapter. For example, to describe the extent to which they felt they were living according to their core values, as well as the extent to which they felt alienated from their true self during this period. Finally, they were asked to predict to what degree they would inhabit their authentic self in future chapters. The results revealed a fascinating trend! People tend to see themselves as becoming more authentic over time, leading up to a high degree of authenticity in their current moment. In addition, people think that the near future will present a bump up in authentic living, while the far future will plateau (presumably because they will be about as authentic as is possible). 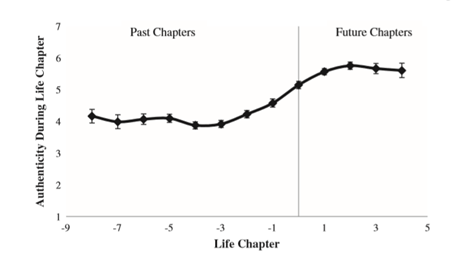 If you are anything like my friends, you might be saying to yourself, “Robert, the stuff about Mount Everest and research was interesting, but why are you telling me all this?” My rationale is simple: It is vital to your success to remember that you are a work in progress. You have developed across your life up to the current moment, but you will also continue to develop well into the future. We have all sorts of everyday-wisdom suggesting that you will not continue to develop: Old dogs can’t learn new tricks. Remind yourself that this is patently false. As you enter middle age, older adulthood, or the end of life, you are still going to be dancing with your true self. Your knowledge of your attitudes, values, and talents will only grow, as will your ability to use this self-knowledge to make wise decisions. Make certain to pay attention to feedback from others, to your own changes in habits and thoughts, and the behaviors and views that stay consistent. All of that, bundled together, is the real you.