How to Have a Difficult Conversation 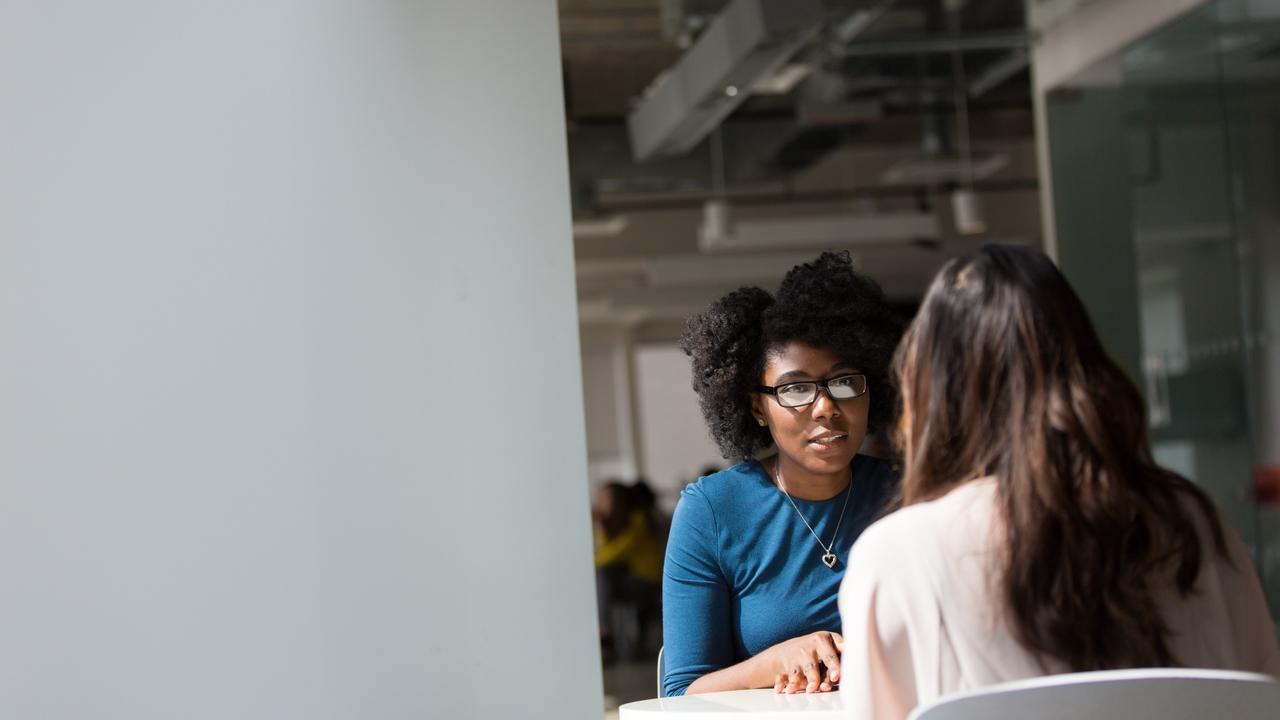 There are few interactions that people dread more than a difficult conversation. Most of us have had one, or should have one. A difficult conversation surrounds the issues that you must address in order to productively move forward. These are the subjects that you fear will be received angrily, might hurt someone, or could reflect badly on you. I’m talking about the problems that stand in the way of real progress, genuine understanding, or true intimacy. No matter how well we live our lives, at some point, we all must face a difficult conversation.

Why can these conversations feel so hard? Researchers from the Harvard Negotiation Project (a group dedicated to improving the theory and practice of conflict resolution) have studied difficult conversations extensively. They offer this statement in regards to why we feel so uncomfortable initiating difficult conversations and why we must have them: “One of the reasons you haven’t raised the issue is because you don’t want to jeopardize the relationship. Yet by not raising it, your resentment will grow and you will slowly erode the relationship anyway.” The researchers explain that when significant problems go unaddressed, they begin to reveal themselves in non-verbal ways. Negative body language can begin to communicate the tension that is not being spoken. Avoidance of eye contact, sharpness of tone, and over-reactions to small irritations can occur between people who are avoiding an uncomfortable subject. Once the difficult conversation is completed constructively, enormous relief can follow. At this point, people often feel lighter, fresher, and ready to work together to meet group objectives.

This article is intended to provide some guidelines for working through difficult conversations successfully. The following framework, developed through research findings from the Harvard Negotiation Project, is drawn from the book Difficult Conversations (Stone, Patton, and Heen). This outline has proved to be an invaluable guide for me personally. The descriptions provided rely strongly on the instructions given in the book, with slight adaptations of my own.

Considering my role as a mental performance consultant, I probably have more difficult conversations than most. Frequently these conversations arise from interpersonal conflict. Often these conflicts are simply misunderstandings of each person’s perspective and intent. Fear, hurt, embarrassment, pride, and confusion on how to repair a relational rupture is what prevents people from talking a key situation through. I frequently navigate (in some cases, mediate) the difficult conversations of others. In my personal life, I have braved several of my own.

The Four Stages of the Difficult Conversation

1) The “what happened” conversation

The “What Happened” Conversation

During the “what happened” conversation stage, both parties share their stories of the course of events as they see them. The purpose of the “what happened” conversation is to clarify how each person perceives the relevant circumstances, as well as give everyone a chance to bring up the elements that are important to him or her. The most critical requirement of this conversation is that no one argues with anyone else’s story. This conversation can be incredibly constructive, provided everyone agrees not to argue about who is right, or the “truth.”

Our memories are dangerously imperfect. Emotions, expectations, values, and errors in the interpretation of intent can cause the same event to appear completely different to two people. Arguing the truth is time wasted because each person’s story is true for him (if someone is obviously lying, then that is another upcoming difficult conversation). Done well, and in a group of people truly seeking a solution, this stage of conversation can increase mutual understanding. When one person truly hears the way the other person experienced the event, it can be easier to understand why that person is reacting the way he/she has. This often happens regardless of whether or not Person A agrees with Person B’s “truth.” As Stone and colleagues explained, “When we argue we tend to trade conclusions… but each other’s conclusions don’t make sense in the other person’s story… we need to understand the other person’s story well enough to see how their conclusions make sense within it.”

In the “what happened” conversation, you should resist an attitude of certainty and cultivate an attitude of curiosity. No one has to agree, or give up anything, in order to hear someone else’s point of view. Once everyone involved has thoroughly shared his or her story, they are ready to move on to the "feelings conversation."

The purpose of the "feelings conversation" is to express how the event in question impacted each person emotionally. In this conversation, it is important not to evaluate the feelings of the other parties involved. For example, whether or not a person should feel the way he/she does. Accusations, attribution, and blame should be avoided. Each person shares the emotional impact of the event on him with as much specificity as possible. Then each person inquires about the other’s intentions. Here are some opening statements and questions that can guide this process:

“When ________ happened, I felt really (insert emotion). I felt like my opinion wasn’t valued. What was your intention when you phrased __________ the way that you did? How did you intend me to receive that comment?”

Sometimes when inquiring about another person’s intentions, it helps to make a comment that could relieve the need to be defensive. Like this:

“I’m sure you didn’t mean for your comment to upset me. How did you hope I would receive that message?”

A critical element to a successful "feelings conversation" is the recognition that intention does not negate the impact. In other words, regardless of how genuinely you never intended to hurt someone with your actions, the fact that they were hurt is relevant. It is helpful to the progress of the conversation, and your future relationship with this person, if you acknowledge the hurt that occurred. Again, arguing the “truth” of one person’s perception of the event or whether or not someone “should” feel a certain way must be avoided. Simply acknowledge the emotional impact of the event and move on. Refer to this phrase for help in accomplishing this:

“I’m sorry that you felt that way. That was not my intention.”

Once everyone’s feelings have been expressed and acknowledged, you can move on to the Future conversation.

Hopefully by this point in the conversation, each person will be feeling greater peace. Sharing the events as you see them and how you felt in a safe and receptive environment can be very cathartic. The final part of the conversation involves developing a plan to prevent a similar event from occurring in the future.

Reflect on the event in question and consider what actions could be implemented to prevent similar misunderstandings in the future; misunderstandings are most often to blame for conflicts. The possible examples are numerous:

This final stage of conversation can be incredibly impactful. Most people will choose to have this conversation in private, with a wise friend or counselor. Following a difficult conversation and the event that precipitated it, take some quiet time to reflect on your own perceptions and reactions throughout the process. Ask yourself, “When I was in the midst of the conflict, what was I telling myself?” Often when we find ourselves becoming emotionally heightened, especially if we become angry, we’re reacting to perceived threats to our status or identity. For example, if you’re a manager who experienced a difficult event with an employee, your angry response in the moment might have occurred because of a perceived threat to your authority or competency. These are questions that only you can answer using calm contemplation. Gaining greater self-understanding through this conversation can help prevent similar conflicts in the future.

In my time as a mental performance consultant, I’ve learned one thing for sure about difficult conversations: they’re worth the time. I have witnessed many relationships become far better following a difficult, healing conversation. Even better than before the event that caused the conversation in the first place. I believe that a great deal of trust is earned between people who experience a dispute and successfully resolve it. Essentially the relationship has proved its resiliency and those in it no longer fear the consequences of a disagreement or argument. They know they can handle it.

Shannon Thompson is a mental performance consultant who specializes in high performance sport. Shannon holds a Masters of Applied Positive Psychology degree from the University of Pennsylvania.

asters of Applied Positive Psychology degree from the University of Pennsylvania.