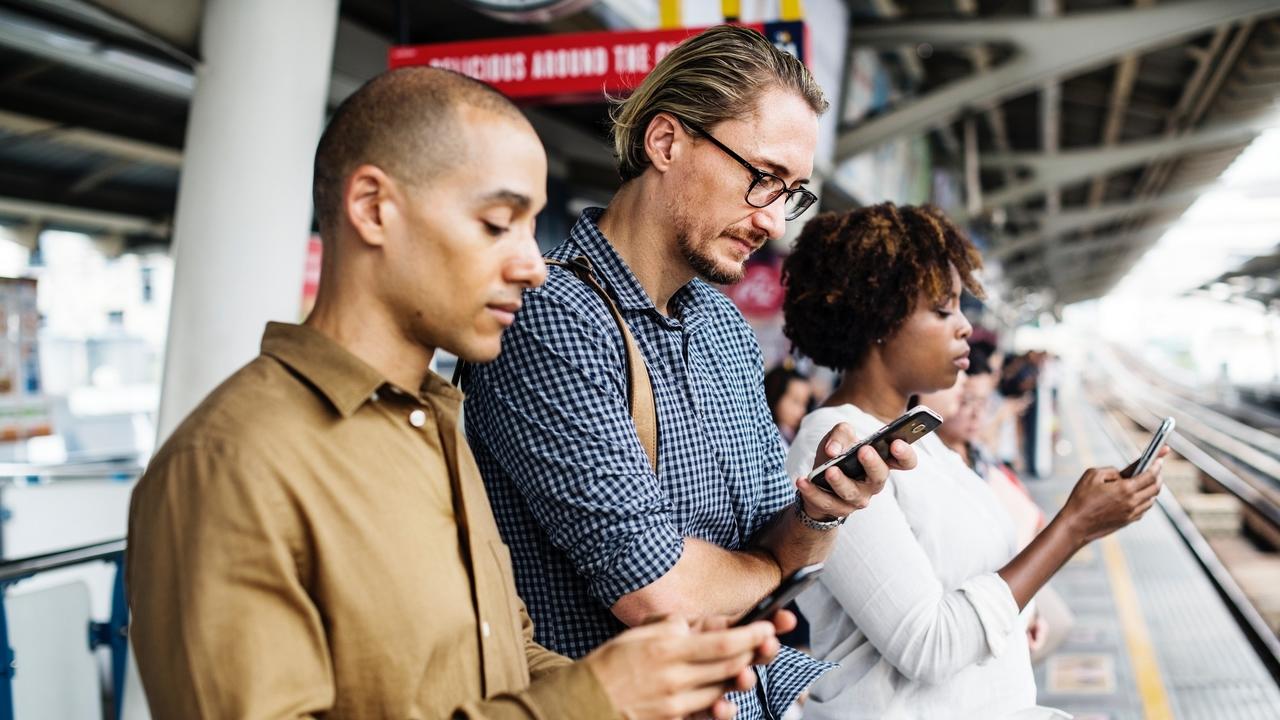 Yesterday my son and I enjoyed a hike along the Crooked River in Smith Rock State Park. Known as one of the “7 Wonders of Oregon,” Smith Rock is a stunning massif that towers above the desert around it. Bald Eagles float in lazy circles and it is not uncommon to see river otters playing. The silence of our hike was broken only by a couple who strolled a stone’s throw behind us. They were too far away to hear clearly, but the guy was incredibly passionate in whatever he was discussing. In fact, he talked nearly nonstop and I never heard his companion utter a word. We came to a wooden suspension bridge and stopped for a drink of water. It was here that I was able to steal a glance at the couple behind us. I was shocked: The man had been—and was continuing—to speak on his cell phone. He didn’t appear to be noticing the natural beauty around him, including his hiking partner! She caught my open-mouthed and disapproving stare and just shrugged at me.

I understand that writing an article about the perils of technology carries with it the risk of me looking like an old fogey shaking my fist at youngsters and yelling, “Back in the good ol’ days, we had a single phone in the kitchen with a coiled cord and me and my four sisters were happy to share it!” (And that, actually, would be true). I don’t want to come across as hopelessly out of touch, however. So let me admit upfront that I like technology. I occasionally binge-watch shows on Netflix, I text, and my cats have nearly four thousand followers on Instagram.

Even as technologically hip as I obviously am, I find the mindless use of mobile technologies to be largely problematic. We’ve all suffered through someone receiving a call in the middle of a movie or had to compete for attention with incoming texts. It is hard to avoid the conclusion that mobile phones appear addictive. The truth is, mobile phones work on the same principle that Pavlov trained his dogs (bells and food). A pleasantly surprising little email or text message arrives at random intervals and is typically paired with a tone, vibration, or the flashing of a screen. These cues become deeply engrained in us. So much so, that we are vigilant for them; peeping at our phones and salivating—metaphorically—in the hopes that we get a little treat. In ffact, this phenomenon is so psychologically affecting that “ringxiety”—the experience of phantom rings and vibrations—has been documented in the research literature for 15 years, and that about half of all mobile device users have experienced this.

A growing body of research points to a compelling conclusion: people would be wise to use their phones like they use antibiotics—intentionally and judiciously. When cell phones are used, instead, like a bag of chocolates you absent-mindedly devour while reading a novel. Research suggests that:

This list goes on and on. But let’s leave it here, with the idea that mobile phone use has a way of creeping from “occasional” to “constant” and from “deliberate” to “decadent.” If you like sleep, good health, high-quality relationships, and surviving a trip to the grocery store, then it makes sense to conduct an audit of how you are using your phone. The logic follows: if you use your phone optimally, you perform more optimally. To the degree that your phone is an extension of yourself, it makes sense that a more successful you is just plain better at using a mobile device.

If You Need Further Convincing, Follow This Simple Arithmetic:

Take the approximate time you are awake during the day (about 16 hours) and deduct work and personal hygiene time. The remaining number is—more or less—the “free time” you have to exercise, connect with others, and enjoy yourself. Next, estimate the total number of minutes you use your phone a day. Factor in reading email, texting, social media, shopping, news, playing games, and every time you interact with your phone. If you deduct the phone time from the free time, you get the actual amount of free time you have to connect with others, enrich yourself through experience and otherwise enjoy the world. For most people, this simple formula reveals that they could find more gym time, friend time, and nature time—all associated with less stress—if they sacrifice a little screen time.

What If You, and Not Your Phone, Had an Unlimited Data Plan?

You know how some people just seem so smart? They know the population of the Philippines, and they have read Anna Karenina, and they notice who is left-handed and who isn’t? We often think of such people as having better memories, or being able to learn more quickly, or simply being more intelligent. Psychologists who research such things have done us the favor of demystifying smarts. You don’t have to worry about whether your cranial capacity is large enough, or even worry if you don’t know what that means. Having a terrific memory can be broken down into three easy-to-recall bits: attention, storage, and retrieval. That’s it!

It turns out those smarty pants conversationalists who impress us by knowing the capital of Lithuania or the average family income of Americans, are likely to pay attention, to store information, and to be able to retrieve it effectively. Now here’s the good news: it is possible to improve your attention. I cannot offer you a fabricated statistic such as, “Improving your attention will make you 33% smarter,” but I can promise you this: smarter use of your mobile device can improve your ability to pay attention and, as a result, make you smarter (or at least have better memory).

Most people vastly overestimate their own abilities. We think we are better drivers than other people. We believe that we are better lovers than other people. One researcher even found that people thought they were better at working a computer mouse than other people (note: you aren’t). One area where we really overestimate our own abilities is in multitasking. I have heard friends claim they do better work at coffee shops because they “feed off the buzz” of clanking dishes and background conversation. Others erroneously think they can have a conversation with a friend while also texting with another. Research is pretty clear on this: people are mostly bad at multitasking. Students who multitask, for example, are more likely to make errors and get lower grades.

Mobile phones tug at our attention, even when we are not using them. Simply seeing your phone pulls your stream of thought off track for a fraction of a second. Switching back to your original line of thinking takes another fraction of a second. It turns out, all these fractions add up to a whole! You are more likely to miss small changes in facial expressions, specific details, surprising sights, chance encounters, and subtle cues. To illustrate this, I recently taught a course to Master’s students in Singapore. On the first day, I asked them to put their phones away—to actively remove them and place them into purses and bags. The result was more pairs of eyes looking at me. Immediately after the conclusion of the course, a student contacted me and said, “I have never had a learning experience like that. It was the first time I paid attention to the entire course.”

What You Can Do

So, we’ve seen that excessive mobile device use can be harmful, and that putting away phones and paying attention can be helpful. You still might be skeptical and itching for a compromise. Fortunately, there is one. First, I recommend creating a “mobile device plan.” You pretty much know when you are going to use your toaster, your car, and your pajamas. Wouldn’t it make sense to also be able to predict when you will use your phone? If you can, it means you are the master of your phone and not its slave. A good mobile device plan includes:

Dr. Robert Biswas-Diener is widely known as the “Indiana Jones of Positive Psychology” because his research on happiness and other positive topics have taken him to such far-flung destinations as Greenland, Kenya, India, and Israel. Robert works as a researcher, coach, and coach trainer at Positive Acorn. He lives in Portland, Oregon (USA) and rock climbs whenever possible. www.positiveacorn.com