Taking Initiative: A Key to Success is Seizing the Opportunity 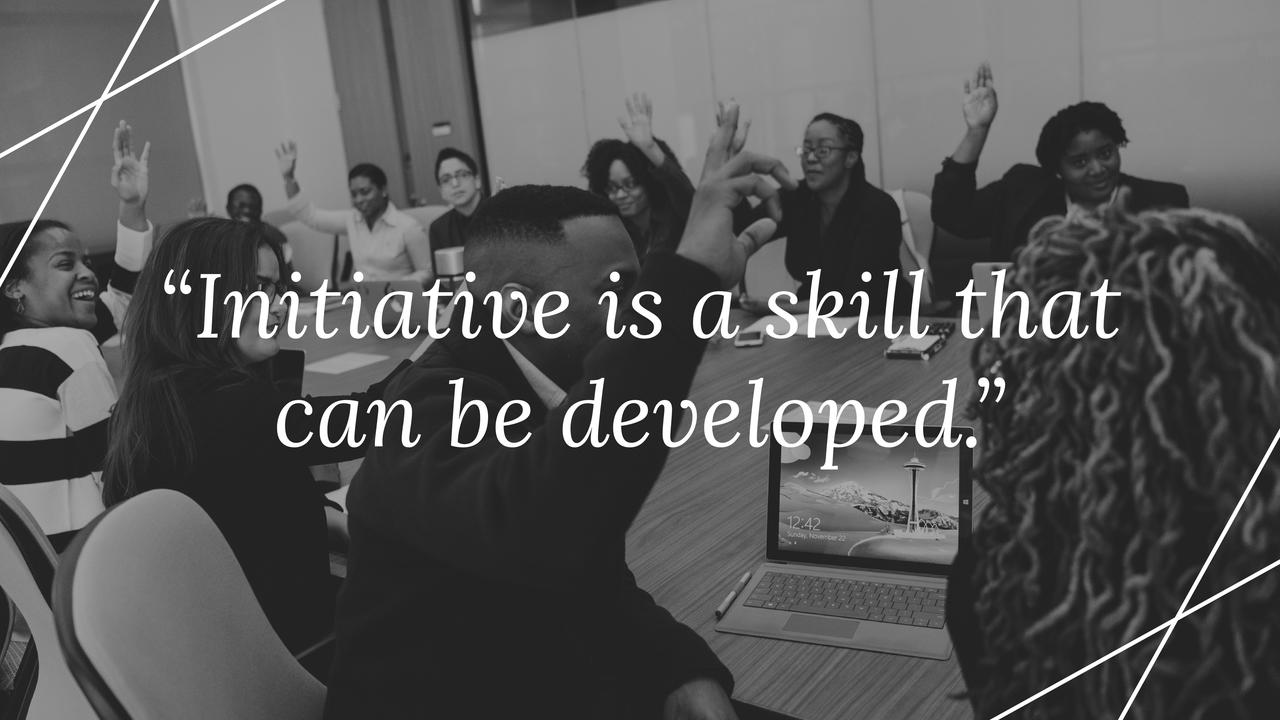 My day job involves the study of positive topics such as happiness, hospitality, strengths and friendship. My research has taken me to some far-flung places and given me the opportunity to speak with people I might not otherwise, such as the homeless, Amish farmers, and sex workers in India. I have been fortunate enough to cross paths with people who—by nearly any definition—are highly successful. A Nobel Prize winner, a billionaire, Hollywood stars, best-selling authors, and professional athletes. I am not trying to impress you or to name— drop. Indeed, I won’t mention any names at all, but I do want to emphasize that I have had the opportunity to observe wealthy, talented, and hard-working people up close. They vary, of course, in how smart, how talented, or how lucky they are. But most of them appear to have an enviable quality: personal initiative.

I first heard the word initiative in 1981 when I was introduced to the role-playing game Dungeons and Dragons. For those of you who may not have quite the same geek credentials, let me explain. The game is a sword and sorcery fantasy, in which you play a wizard, or elf, or another mythical character and fight monsters. When your group of adventurers happens upon a group of monsters, you roll a die to determine who “has initiative.” This is simply the game-play version of real life: two groups surprise one another, but which group is the first to act? My background with Dungeons and Dragons interestingly colored my view of what initiative is and how it works. First, the roll of the die was suggestive that initiative was, in some way, chance. Some folks have it and some don’t. Second, initiative only ever occurred in the game when my character had a random encounter; that is, it never seemed related to planning ahead. Over time, I learned more about initiative and how it works.

Before getting into all the specifics of the definition of initiative, and how you can learn to take initiative better, let’s consider why it is important. Personal initiative, it turns out, is a differentiator between people who are in charge of their destiny and those who are not. I know, I know! That might sound a little grand but bear in mind that I grew up pretending that I could cast spells! Outside the realm of fantasy, researchers have found a wide range of benefits associated with initiative. For example, people who are high in initiative are better able to find employment if they lose their jobs. They are also more likely to offer more suggestions at work in an effort to improve processes, policies, and work relationships. It will not surprise you, then, to know that initiative goes hand-in-glove with success.

Initiative: It’s both a skill and a life philosophy

So, what does initiative look like? A study by researchers interested in high and low initiative people provides a clue. In their research, they offered people a training in computer skills, which they also video recorded. Afterward, the scientists went back and watched how the most enterprising people behaved and how this differed from those who lacked initiative. The latter group interacted frequently with the trainer. Specifically, they asked—over and over—whether they were using their new skills correctly. They were not simply interested in feedback; they were invested in getting reassurance. Rather than taking the reigns of their own learning, they demanded a disproportionate amount of the instructor’s attention. By contrast, the folks with the highest initiative were more likely to engage in trial and error, if they could solve their own problems, and only asked for feedback once they were truly stuck.

I like this mundane illustration of personal initiative precisely because of its every-day-ness. It is a terrific reminder that initiative is not the exclusive domain of celebrities and industry moguls. Initiative isn’t about hostile takeovers or brash personalities. Initiative is simply being first. It is, above all, a willingness to act. When researchers discuss this topic they commonly identify key elements:

So, how do you stack up with regards to taking initiative? Are you more of a play-it-safe type of person or are you a bit bolder? I have created an admittedly un-scientific checklist to help you gauge how you fare with regards to initiative. Give yourself a point for each “yes” answer with the idea that the more points, the more initiative:

_____ When an emergency happens, I rush to help

_____ If I get stuck, I try to solve the problem before asking for help

_____ I volunteer for new duties and opportunities at work

_____ I am on the lookout for opportunity

It might also help you understand the concept of personal initiative to see it laid out as a combination of wanting to act and actually acting (see the Table). Depending on the activity, all of us are a mixed bag of stepping forward and opting out. There are times when we wish to act but—for one reason or another—cannot bring ourselves to do so (like that novel I have been meaning to write). This is called procrastination. Similarly, there are times when we wish to act but simply do not muster the will (wanting to meet a stranger but holding back instead). This is called being reserved. And there are times when we don’t care about acting at all (like those cooking classes I am never going to take). There are also actions we take without much thought or intention, and these are called habits. Finally, initiative occurs when we want to take action and do so.

Can initiative be learned?

It is tempting to think of initiative in the same way that we think of so many other personal qualities such as intelligence or extroversion: inborn and unchangeable. Like personal charisma, there is a sense that initiative is a “you have it or you don’t” phenomenon. Fortunately, this is not the case. Results from a variety of research offer evidence that initiative can be learned. For example, entrepreneurs in the West-African nation of Togo enjoyed a 30% profit increase after they received training in personal initiative. This training included skills related to goal-setting, innovation, identifying opportunities, and overcoming obstacles. Business owners who received only business skills training in accounting and marketing, by contrast, showed a more modest 11% increase in profits. Similarly, first responders such as police officers and firefighters report a significantly higher “willingness to act” than do comparable samples of college students or community adults. It may be, of course, that the people who gravitate toward emergency personnel are a bit more daring to begin with. Even so, this research finding can—in part—be explained by the fact that first responders feel a responsibility to act and have a belief that they can act effectively.

Together, these results offer hope that initiative is a skill that can be developed.  If you are interested in increasing your “Initiative Quotient,” then consider the following exercises:

Try them for a week and see if you notice any changes in your life. How do people react to you? How is your confidence? What else might have changed? I would wish you good luck but—since you are taking initiative—luck no longer has anything to do with it!