The Story of Success 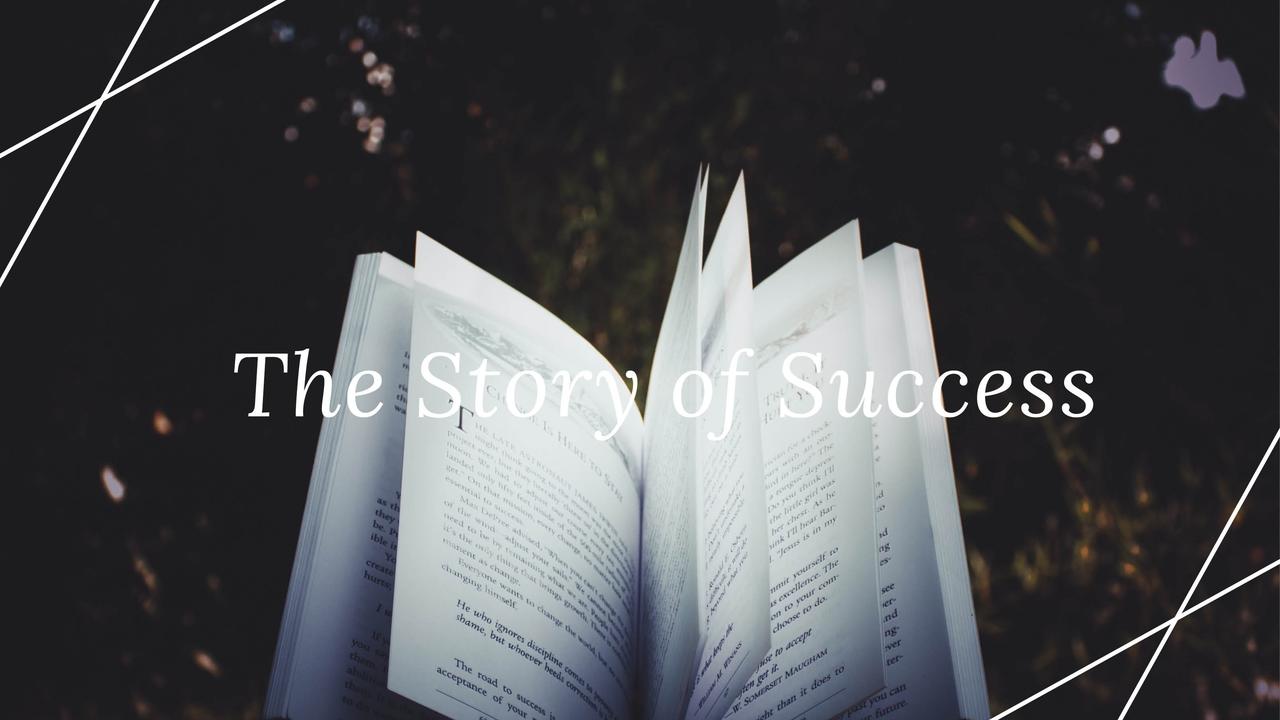 People love to muse about the qualities that distinguish humans from other animals. Humans make and use fire. Humans can plan for the distant future. Humans love Taylor Swift. Although, in fairness to animals, I understand that there are a number of cats who live with Taylor Swift and love her. Even so, people are clearly cut from a different cloth than that of squids, rhinoceroses, and sloths. One of my favorite differentiators is the ability to tell stories. Baboons and skunks don’t do that. In fact, some scholars have referred to humans as “the storytelling animal.” People write books, they tell jokes, they make movies, they regale each other with embarrassing personal anecdotes, and they create job resumes. Each of these is an example of our storytelling acumen.

Interestingly, telling stories is as psychologically beneficial as it is natural. For example, stories entertain us and provide an interesting distraction from our everyday cares. Summer blockbusters and wintertime romantic comedies present alternate worlds that feel fulfilling—at least for a couple of hours. We can also benefit by understanding our own lives in terms of story. Like summer blockbusters, our lives have the same core narrative elements as do films and novels: key characters, plot, setting, and—oftentimes—resolution.

Scholars who study “narrative psychology” are interested in exactly this: the ways that people tell stories—to themselves and to others—about who they are and the quality of their lives. Psychologically speaking, the stories we tell reflect what we choose to focus on, what we feel is important, and reveal the overall positive versus negative tone of how we interpret our lives. For instance, two people might miss a connecting flight due to a delay. The first might say, “We had such a narrow connection and completely missed our flight. Even so, the airline was terrific about booking us on the very next one and we even got bumped up to first class!” The second person, by contrast, might say, “We missed our flight. This always happens. I wish someone would fix the airlines. Sure, they gave us first class tickets on the next flight but I would have just preferred to arrive on time.” The exact same events but the stories reveal distinct interpretations.

One of the interesting things about life stories is that they are past and present focused. By contrast, when many people think about their own success, they tend to think about the present and future. That is, they ask themselves “how successful am I in the present?” and “how do I become more successful in the future?” Although those are sensible questions, there is also a certain utility in looking at the past quality of your life and how it links to your current circumstances.

Is Life Getting Better or Worse?

One particularly interesting (in my opinion) aspect of this course of study is research on the “narrative arc of one’s life.” I know, that clunky phrase is probably better suited to an academic journal than to a beach book. The “narrative arc” just refers to the extent to which things are staying the same, getting better, or getting worse. Although it is a simplification, there are—generally speaking—four basic arcs a life story can follow. A life can go from bad to good, good to bad, bad to bad, or good to good. Of course, every life has some high points and some low moments but it is also true that people have a way of making generalizations about the events of life. Interestingly, whichever of the four various trajectories you think you are on, they are still open to interpretation. See below:

People who are facing tough times and who have always faced such times are in the negative to negative condition. It is, of course, not a very enviable state. Even so, people in this particular trajectory have a choice regarding how they interpret their story. The more negative view is that they have drawn the short straw in life—that life is inherently unlucky—and their life is a bit of a bummer. People with this interpretation are not wrong; they tend to be able to point to real hardships and it is hard not to feel compassion for them.

On the other hand, there is an alternative interpretation of this same narrative arc. In this case, however, the person has a “what doesn’t kill me makes me stronger” mentality. They admit that they have had a tough life but also reason that their hardships have made them stronger. They are more likely to see themselves as resilient, adaptable, and capable.

This particular storyline is a classic. Popular myths ranging from Cinderella to Star Wars involve protagonists who come from tough origins but find themselves in higher standing later in life. Both Cinderella and Luke Skywalker were orphans who worked hard and hoped to one day have grand adventures. In both cases, these characters were fortunate enough to see their lots in life dramatically improved. They experienced an enviable springboard into a better future.

Just as in the negative to negative arc, however, there are two distinct interpretations of this story trajectory. The first is a dourer reading of events. Here, the person says, “Yeah, things are going well now, but probably not because of anything I did and it probably won’t last very long.” This is what I call the “accidental good life” because it can be seen as the result of luck and as temporary. The alternative to this view is the interpretation that life is really improving and, hey, isn’t that kind of terrific?

One of the toughest directions for a personal story to take is the shift from positive to negative. Imagine someone who has always had friends, resources, and fun but then receives a cancer diagnosis. Or someone who seems to live the perfect life right up until the day that their spouse is killed in a car accident. These stories are tough not only for the person living them but for the rest of us as well. They can be uncomfortable reminders that we are all only one biopsy or drunk driver away from calamity.

Even so—you guessed it!—there are two ways to interpret this timeline and one of them is more psychologically beneficial than the other. The first, and not so fun, understanding of the positive to negative shift is that it is a catastrophe. The story goes that things used to be pretty terrific and now they are pretty awful. People who feel that they are in the midst of catastrophe feel overwhelmed, dejected, and ungrounded. Simply put, they need some external help and support.

The alternative, albeit tougher, view of this storyline is that the person is experiencing hard times. That might sound like a catastrophe but there are important differences. Hard times are a fact of life that everyone faces; catastrophes are rare terrible bad luck. The effects of a catastrophe tend to be enduring while hard times have a more temporary feel to them. The catastrophe view says, “this is our life now” while the hard times view says, “this is a really awful commercial break until we can get back to our regularly scheduled positive programming.”

Finally, these lucky souls get to enjoy a consistently positive life. Happy childhood, interesting experiences in young adulthood, and everything seems to be working out fine in middle age. I know, it can feel a little annoying to the rest of us but it sure must be fun for them! As with the other narrative arcs, this one also has a thumbs up and a thumbs down interpretation. The former interpretation is the more obvious one: it is easy for people who hop from one positive set of circumstances to another to see their lives as having an exceptional quality.

On the other hand, there are people who live a consistently positive life who fail to appreciate it. These folks might feel special and entitled, they might simply fail to be grateful for their blessings, or they might actively discount the quality of their life as a fluke of luck that is sure to turn South at any moment.

Regardless of which of these 4 stories best describes your life, the idea of a “narrative identity” can lead to personal insights. First, we can all acknowledge that life is full of both blessings and obstacles, success and failure. Even so, we all have the ability to control which elements—which events and characters—we focus on. We can ruminate about past problems or learn from them and move on. In each of the story arcs we saw that it is possible to have a more or less positive interpretation. As it turns out, the positive interpretations have some common factors:

Pay attention to your own life and the tides of positive and negative within it. After all, success is only one part fact; it is also a story we tell.